“Bueller? Bueller? Bueller?” It was 1986 when those words were forever cemented in our comedic minds as part of the wildly popular movie ‘Ferris Bueller’s Day Off.’ That’s Matthew Broderick below as Ferris with his high school buddies… 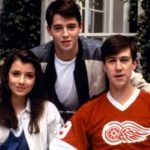 You may also remember the character actress Edie McClung from the movie. She played the hilarious assistant to Principal Ed Rooney. Unfortunately, Edie is now suffering from dementia and her family is dealing with a messy situation. That’s Edie below back in the 80’s… 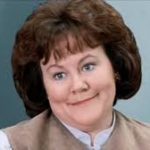 Edie’s family is currently trying to protect her from an individual who does not have her best interests’ at heart. It’s gotten so serious, the family went to court to request a conservatorship so they can take control of Edie’s assets and affairs. Doctors have stated that Edie cannot live alone and is in a position of being influenced without understanding her actions. Apparently, a 72 year old man who lives with Edie has tried to get her to change her estate plan and wants to marry her. He is also verbally abusive to Edie.

As I read about Edie, I thought that many of us are probably dealing with elderly parents. How many of us actually understand what a conservatorship is? Or how it works? I sat down with my colleague Christine Allen, Esq. to answer these questions about conservatorship and want to share the discussion with you. Click below to listen.